You are here: Home / HBCUs / 12 HBCUs team up to help rebuild State University of Haiti

A dozen historically black colleges and universities (HBCUs) have formed a consortium to help rebuild the earthquake-damaged State University of Haiti, the Caribbean country’s largest institution of higher education.

Led by Florida A & M University, the consortium hopes to raise $12 million to construct a classroom building equipped to receive telecourses taught by the faculty from the black colleges.

The group also plans to raise money so the State University of Haiti can hire replacements for professors who died in the earthquake last year and to provide scholarships to 1,000 Haitian students to attend the public university, which has reopened despite extensive damage to its buildings in Port-au-Prince, the capital. 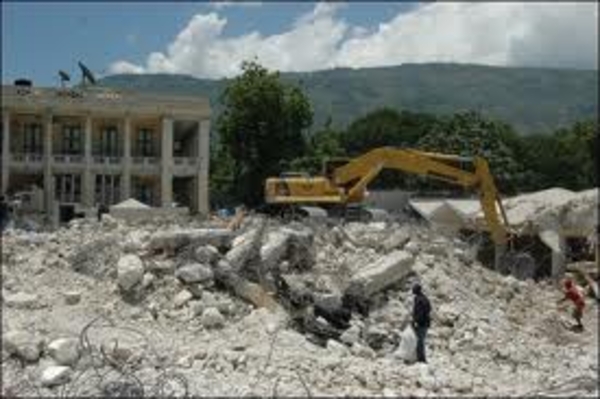 In the shorter term, the consortium intends to share faculty expertise to boost the university’s academic programs in agriculture and entrepreneurship, and research into renewable energy and alternative medicine. Administrators from the black colleges will help establish a campus office to generate donations from prosperous alumni.

“It was thought that black colleges have the resources and talent and were advanced enough in their own right they could offer assistance to higher education, particularly the State University of Haiti, to help them get back on their feet,” says Frederick Humphries, former president of Florida A & M and the consortium’s coordinator.

While most of the dozen black colleges participating are public universities, including South Carolina State and Morgan State, federally-supported Howard University and private Miles College are also members.

The consortium has been in the making for a year and has drafted a well-developed plan for action, after asking Rector Jean-Vernet Henry and other top administrators of the State University of Haiti to identify needs.